On World Oceans Day 2016, Australia Awards celebrates alumnus Ibrahim Naeem of the Maldives, whose job is to make his country’s first marine park and Biosphere Reserve a success.

Naeem is the Director General of the Environmental Protection Agency in the Maldives. After completing a Masters in Environmental Management at the University of Queensland as an Australia Awards scholar, he returned home with the goal of preserving his country’s fragile and beautiful marine environment. 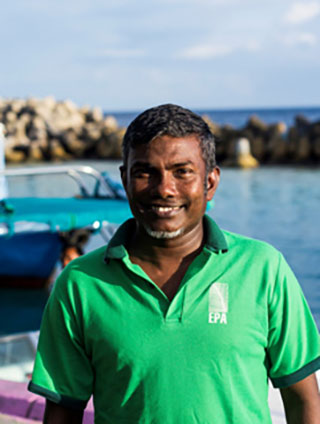 One of his most important tasks is to manage the Maldives first Biosphere Reserve and marine park on Baa Atoll. Baa Atoll was declared a Biosphere Reserve in June 2011 by the United Nations Educational, Scientific and Cultural Organisation.

“I think the Maldives is a country where we have a very beautiful environment, and it’s really a very fragile environment. If we don’t care for our environment we will not be safe here, because it’s the environment which protects us. And our economic pillars like the tourism or the fisheries both depend on the quality of the environment,” Naeem said.

Baa Atoll in the Maldives is home to 11,000 people, and eight high-end resorts scattered across 75 islands. Below the water line, it is also home to a wealth of marine life, including whale sharks and manta rays. Surrounding tiny Hanifaru Island is a globally-significant manta ray breeding ground, attracting tourists and vital income for the entire Atoll. 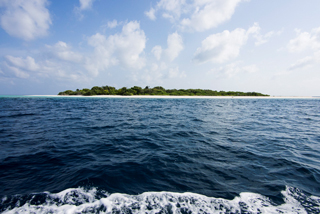 To manage this valuable resource sustainably, the Maldives government declared Baa Atoll as the Maldives’ first Biosphere Reserve, so that people and nature can co-exist harmoniously. The Atoll’s ‘honey pot’, Hanifaru Island, is the country’s first protected marine park. Visitor numbers are limited, and those who enter pay a fee.

“We have so many challenges. One is the lack of trained people in protecting and managing these areas. We are now training local staff in the Baa Atoll and this is also a new achievement.”

Naeem’s dream is to see that the system works as a fully-functioning Biosphere Reserve which both protects the marine environment and provides jobs and other economic benefits for local people. “I am hoping that many other biosphere reserves and marine parks will be established in the Maldives, wherein the benefits of those reserves or parks will actually be given to the locals.”

With rangers and other trained staff now on the ground in Baa Atoll, the Conservation Fund up and running, and everyone rallying behind the effort, Naeem’s dream is well on the way to becoming a reality.