Hawwa Leesha: A change maker for women in the Maldives

Australia Awards alumna Hawwa Leesha has always been passionate about giving back to society, and is currently making a difference in the Maldives through providing a support system for vulnerable women.

Leesha was seeking an opportunity for self-growth and career advancement when she heard about the Australia Awards Scholarships, which she says was “deemed highly competitive”.

Her application was successful, and Leesha was offered an Australia Awards Scholarship to undertake a Master of Counselling at Monash University in 2010. Because she had just found out that she was pregnant, she differed; as a result, Leesha travelled to Australia for her studies in May 2011, with a month-old baby girl.

Leesha says, “Moving to a new country with an infant was a massive adjustment, but the Australia Awards – Maldives office directed me to other Maldivians living in Australia, who helped my family and I until we found our own accommodation. I also received support from Maldivians living in the same area who supported us in numerous ways.”

Despite various challenges, she successfully adjusted to life in Australia, both on a personal level and at university. She graduated in 2013 with Distinctions and High Distinctions in all her subjects.

“We loved the diversity of Australia, the opportunity to meet people from all over the world from various cultural backgrounds, the exposure to various cuisines, the array of natural attractions and entertainment, and the friendly, easy-going people who taught us open-mindedness, tolerance and respecting diversity.”

Upon returning to the Maldives, Leesha joined the Society for Health Education, a non-governmental organisation in the Maldives, where she worked as a Project Manager for the European Union project Integration of HIV Prevention and Sexual Reproductive Health. After the project was completed, she joined the Family Court of Maldives as a Counsellor / Assistant Director in their Mediation Division, where she could use her expertise in counselling.

In 2015, Leesha—together with one of her childhood friends, Zuneena Habeeb (also an Australian alumna)—established the Women Center by Yulia, providing a range of services for children and mothers (covering counselling and support groups, physical fitness, childcare and early learning) in a safe and supportive environment. The first of its kind in Malé, the Women Center aims to identify and strengthen the well-being of women physically, mentally, socially and economically. 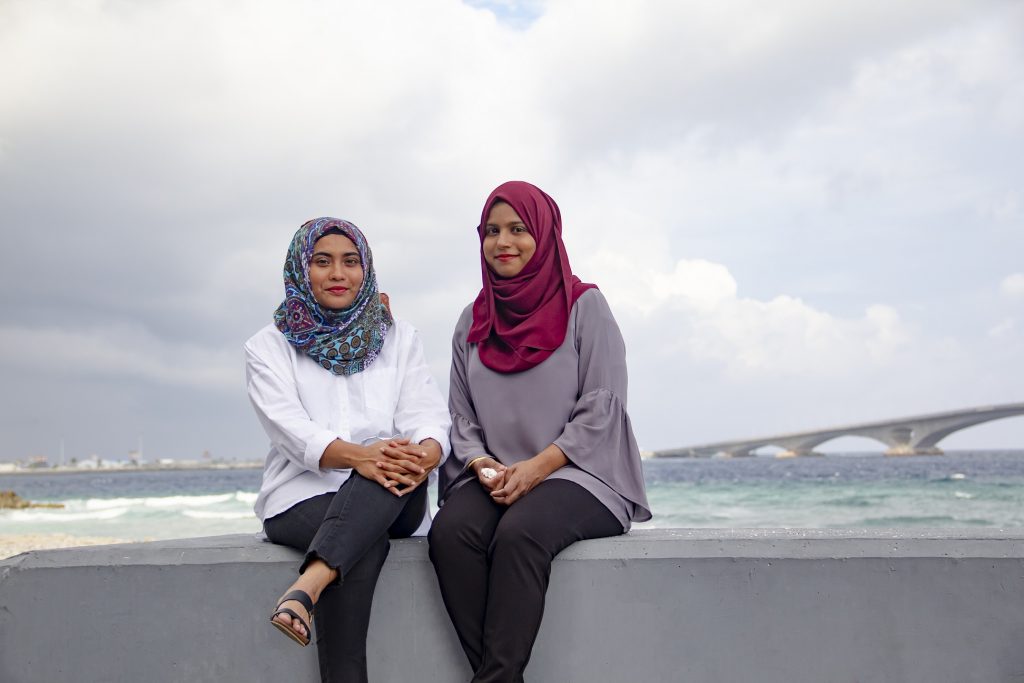 Leesha and Zuneena have known each other since high school, and they each received a scholarship for undergraduate study in Sri Lanka, where they were flatmates for three years. After completing their undergraduate studies, the two of them started working at the Department of Judicial Administration and left for Australia at around the same time; Leesha to Melbourne through her Australia Awards Scholarship and Zuneena to the Gold Coast to pursue a Master of Business in International Tourism and Hospitality Management at Griffith University.

They always remained close friends, and during a friendly conversation one day, they discussed how easy it was living in a developed country, especially with children.

“This conversation led us to take charge and brainstorm ways we can challenge the system in a way we can change how things are looked at in Malé and strengthen policies rather than just comparing or complaining. This is how we came up with the idea to create an organisation that can bring a change to women in society—and the Women Center was born. This also enabled me to make the best use of the skills and values I gained during my time in Australia and instil those in my community,” says Leesha.

The main objective of the Women Center is to be a support system for women, especially in providing support for mothers to take care of their children at an early age, and to address issues considered ‘sensitive’ in Maldivian society, such as gender equality or mental health, zero tolerance of abuse, and the freedom to freely express concern.

“The things we observed and the cultural shock of moving to and from Australia helped us compare the status of women in each country and identify areas we lacked in the Maldives. Being armed with an Australian degree increased our confidence to make the much-needed positive changes,” says Leesha.

Both Leesha and Zuneena credit their Australian experience for teaching them discipline as well as giving them the courage to stand up for themselves and to be true to themselves. Zuneena says, “Australia taught us to balance our life, take a break, and be in the moment while working hard for your goals.”

They envision the Women Center being a safe house for women, a place where vulnerable women can come and feel secure, safe and at home. “I envision that via the Women Center, I could work towards instilling good values and awareness in the community,” says Leesha. 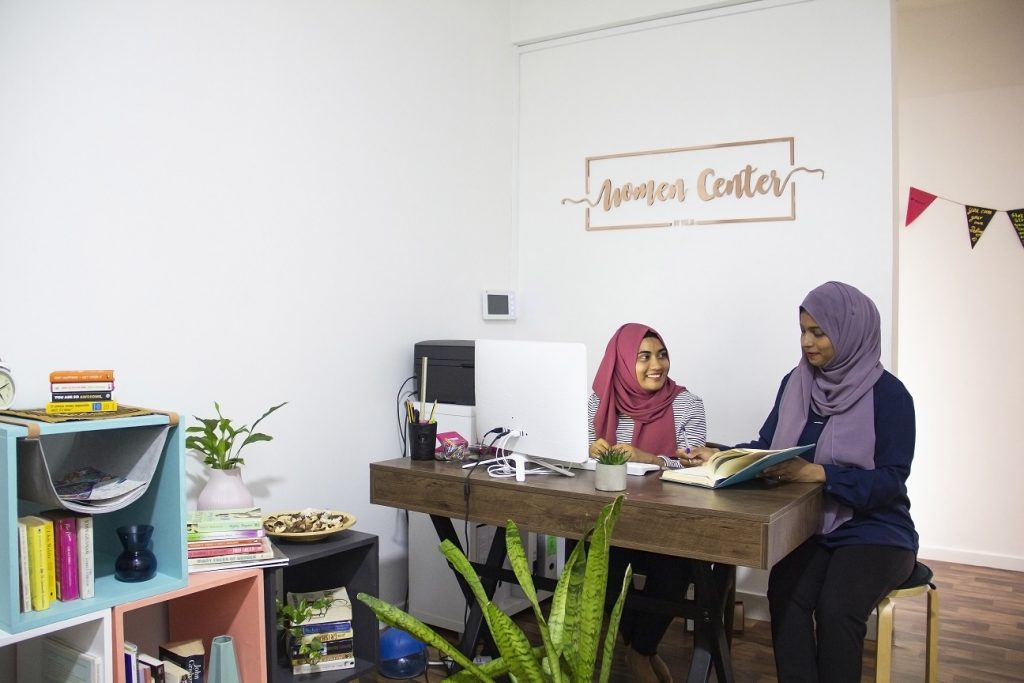 Hawwa (R) with Zuneena at the Women Center they co-founded. It provides a range of services for children and mothers and is the first of its kind in Malé

In addition to her work at the Women Center, Leesha has also started a one-year youth campaign named ‘#maves’, with a focus on creating a safe space for youth, and a radio and television talk show titled DhakkanVee Vaahaka (which translates to “issues that need to be talked about”), focusing on social issues such as the stigma around mental health, life after divorce, rights of children born out of wedlock, child sexual abuse and the need to create a dialogue around such issues.

“There is a lot of work that needs to be done in this field, factoring in our culture as well as the other challenges. However, our aspirations and dreams for the future are to bring a positive change to the society in a holistic manner,” says Leesha.

As an individual, Leesha aspires to be a change maker.

“Whenever I see a problem, I envision a solution and ask myself what my personal responsibility is to make it right. I aspire to become the best version of myself and use my full potential to make a difference in society. Australia Awards inspired me to find my inner strength and provided the courage and passion to do what I’m doing right now, as well as the plans I have for the future. I aspire to be a role model for my three beautiful daughters and work towards creating a better society for them.”