Mariyam Haifa: Making a difference in the Maldives’ financial sector

Mariyam Haifa had always dreamt of completing her graduate studies overseas and studying with students from different cultures. Receiving an Australia Awards Scholarship in 2011 helped her achieve her dream by supporting her to undertake a Bachelor of Commerce (with a major in Accounting and Finance) at Monash University.

Having access to a world-class education system and being able to experience Melbourne’s diverse multicultural setting made a lasting impression on Haifa: “I learnt to appreciate diversity and now see the real value of differences in cultures and opinions. I also learnt to respect and live with people of various cultural backgrounds.”

After completing her studies in 2014 and returning to the Maldives, Haifa joined a newly-formed tax authority, the Maldives Inland Revenue Authority, as a Tax Auditor. During her time there, she applied knowledge she had gained in Australia to help tackle tax avoidance issues. In order to experience a different facet of finance, Haifa later moved to the banking sector, joining the Mauritius Commercial Bank as an Assistant Accountant. At the bank, she is involved in financial, treasury and investment operations, and also monitors regulatory reporting. Haifa’s contributions led to her being selected as one of the members of the working committee to establish the Maldives payment gateway system. This initiative is part of the Maldives Monetary Authority’s plan to address key needs of the Maldivian economy.

“My Australian degree helped me to do well in my career and my social experiences in Australia helped me to be an effective collaborator working with my international peers at the bank,” Haifa says.

Haifa also values the connections she made during her time in Australia. The Introductory Academic Program offered by Australia Awards was her first contact to an international gathering, and there she found lifelong friends. Thanks to social media, she is still in touch with the people she met at university and in the wider community. 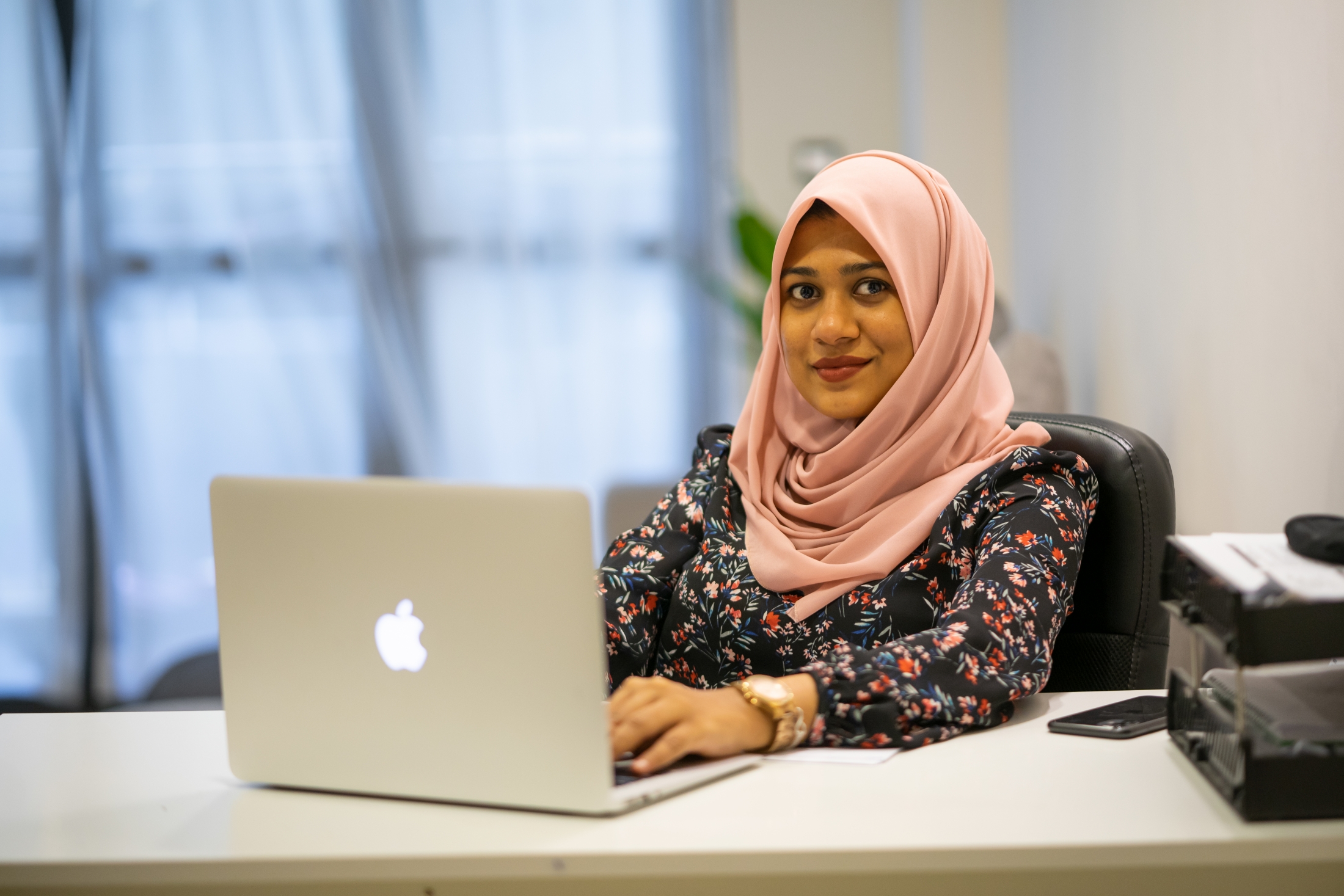 Immensely proud to be an Australia Awards alumna, Haifa confirms the common belief that being one – and a graduate of a world-class Australian institution – carries significant weight.  On returning home, as part of a distinguished talent pool, she had a prominent profile and better access to local opportunities.

Passionate about increasing financial literacy and cultivating more Maldivian professionals in the accounting and finance sectors, Haifa also lectured part-time at Villa College in Malé, teaching students who are completing their Bachelor of Accounting and Finance. Haifa found sharing her knowledge of taxation and finance directly with students tremendously rewarding.

“One of the challenges that Maldivians face in the financial sector is the lack of local talent reaching executive-level positions in key industries such as banking and tourism,” Haifa says. “My vision is that more local talent is developed and retained and that Maldivian professionals are able to reach the apex of their career goals.”