Coral reefs are the most diverse of all marine ecosystems. They abound with life, with perhaps one-quarter of all ocean species depending on reefs for food and shelter. This is a remarkable statistic, considering that reefs cover less than one percent of the earth’s surface and less than two percent of the ocean floor.

Unfortunately, the world’s reefs are under great threat. Overfishing, destructive fishing, pollution, warming, changing ocean chemistry and invasive species are all taking a huge toll. A worldwide study in 2008 found that only 46% of the world’s reefs by total area could be regarded as in good health, and 19% had been lost.

In 2021, World Environment Day, which has been marked on 5 June each year since 1974, calls for urgent action to revive our damaged ecosystems, including those in the ocean. With this focus on ecosystem restoration, this year’s theme is ‘Reimagine. Recreate. Restore.’

This theme is close to the heart of Australia Awards alumnus Sanjeeva Perera, a creative and business-savvy hotelier with more than 25 years of progressive experience across a range of hotel operations in diverse geographies and cultures. After participating in the Australia Awards Short Course in Sustainable Tourism Development, Sanjeeva employed the skills and knowledge he gained while on the course to initiate a coral propagation program at the hotel Cinnamon Dhonveli Maldives, where he serves as the General Manager.

Sanjeeva and 24 other participants—government and tourism company representatives—took part in the 2018 Short Course, which was delivered by Griffith University. Aligning with the core focus of the Sri Lanka Tourism Strategic Plan 2017–2020, the course was developed to improve the economic benefits of Sri Lanka’s tourism sector by providing key technical knowhow to industry professionals.

Sanjeeva wanted to participate in the Short Course in order to learn about best practices in managing the Great Barrier Reef that would be most applicable for implementation in Sri Lanka and the Maldives. He was also keen to experience Queensland and some of the most ‘Australian’ experiences: warm beaches, lush tropical rainforests and incredible wildlife encounters.

Reflecting on his time in Australia, Sanjeeva holds special memories of meeting Aboriginal and Torres Strait Islander people and learning about Aboriginal cultures of Australia, as well as visiting the Great Barrier Reef and doing his first dive there. 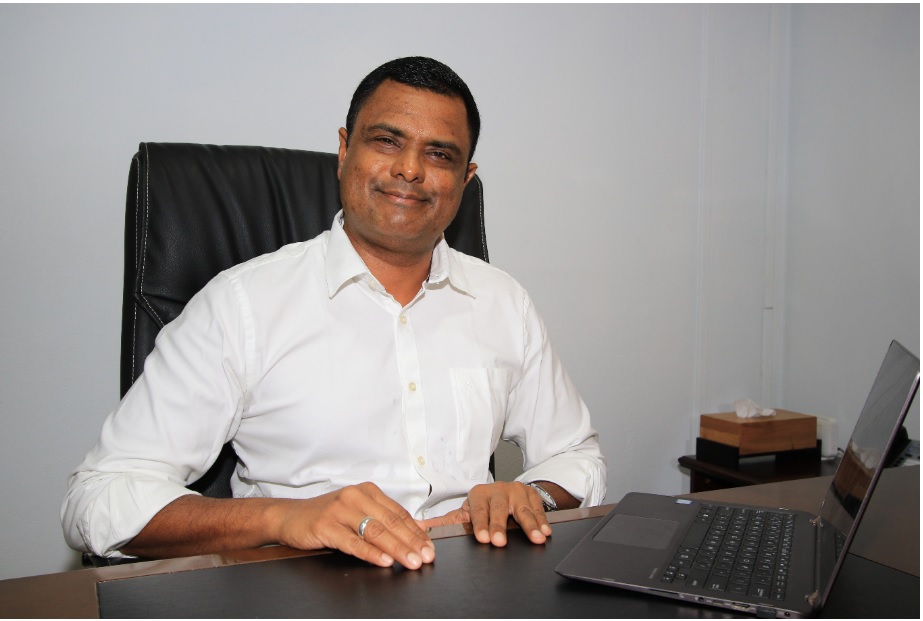 Through the Short Course, participants learnt about reef management methods in Australia, as well as methods of regenerating new coral colonies from fragments of smaller or broken pieces of coral. On a site visit to the Great Barrier Reef, the participants gained insights into the level of marine biodiversity in a well-managed coral reef, and Sanjeeva learnt the importance of restoring damaged reefs, creating a sustainable regrowth project that can be monitored and maintained for years to come.

Based on these learnings, Sanjeeva initiated an environmental and research program at Cinnamon Dhonveli Maldives that focused on pre-emptive restoration and rejuvenation of reefs affected by coral bleaching. The project introduced the use of ‘reef balls’ as artificial reef structures, with corals maricultured in nurseries and then transplanted onto the bare substrate. Sanjeeva credits his Australia Awards experience with enabling him to initiate the project.

“Coral reefs represent some of the world’s most spectacular beauty spots,” Sanjeeva says, “but they are also the foundation of marine life: without them, many of the sea’s most exquisite species will not survive. The Australia Awards Short Course in Sustainable Tourism Development showed me the path to take a bold step forward towards sustainable development of coral reefs for the benefit of future generations in the subcontinent.”

In addition to the coral propagation project, Sanjeeva has initiated a community project in Bentota in the south of Sri Lanka. This has involved forming an association for the Bentota beach community to represent their common interests and give them a voice regarding tourism developments and opportunities in the area.

Sanjeeva remains in touch with some of the key tourism contacts he met in Australia, in particular the Great Barrier Reef Marine Park Authority, with which he discusses coral reef propagation activities; the Queensland Tourism Industry Council, with which he consults regarding industry-related activities; and the Savannah Guides, who would be vital to setting up a wetland conservation centre on the south coast of Sri Lanka. He is also in touch with his fellow course-mates to share their projects and learnings.

Looking to the near future, Sanjeeva aims to set up a Marine Discovery Centre to educate youth and children in coral reef propagation, environmental awareness, and sea turtle rearing and rescue, taking cues from the centre located at the Great Barrier Reef. He values the opportunity provided by Australia Awards, which had a significant influence on his achievements. 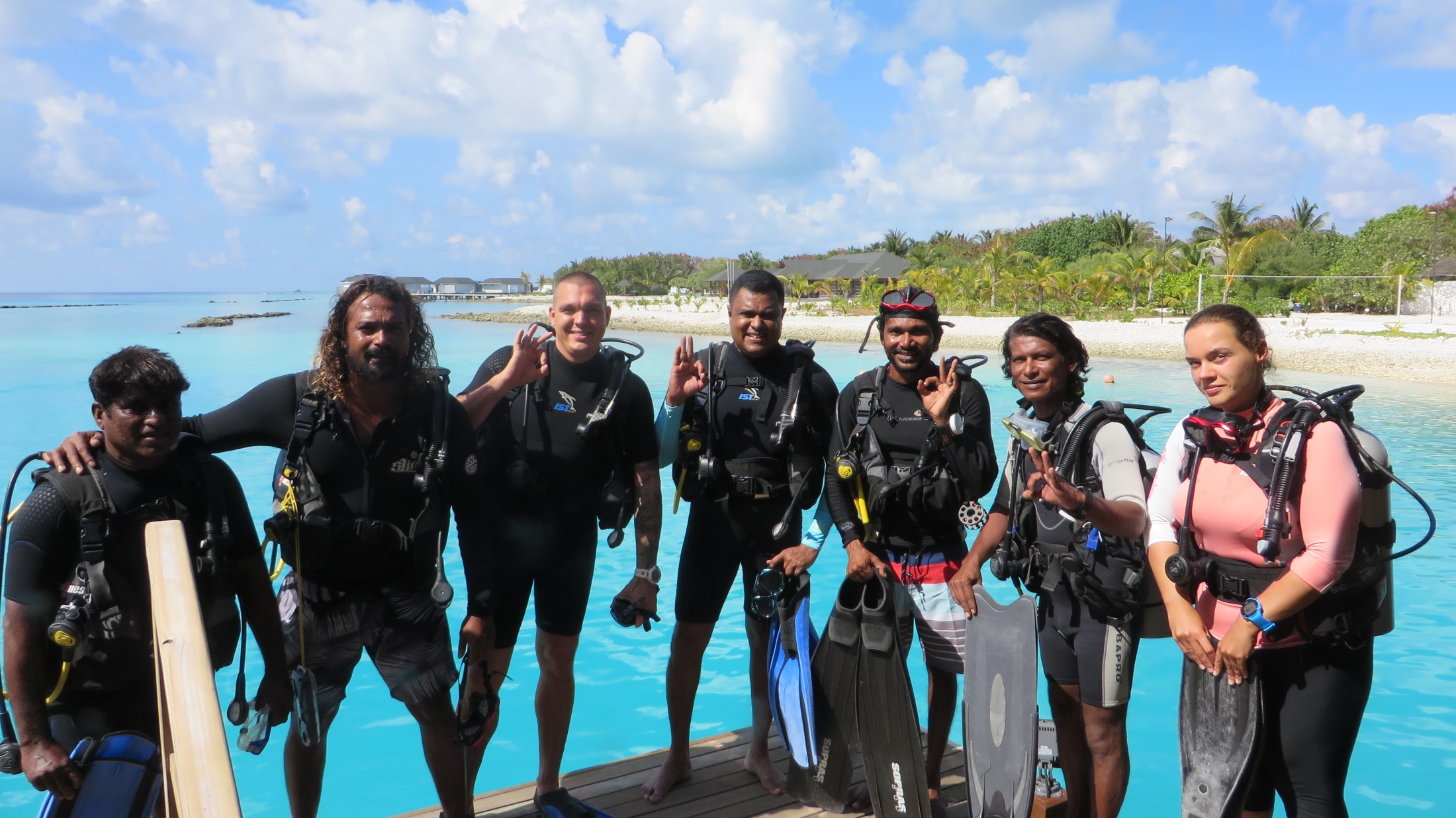 Reflecting on World Environment Day’s call to action to revive and protect our world’s precious ecosystems in 2021, Sanjeeva says that “All marine ecosystems are being degraded by human activities. As such, active global ecosystem restoration strategies are urgently needed to prevent crippling economic losses to marine biodiversity, fisheries, tourism and coastal resources.”

Sanjeeva says that this year’s World Environment Day is “an opportunity to save coral reef ecosystems with the tools we have in our hands now”, and emphasises the part that we can all play as members of #GenerationRestoration: “Let’s reimagine, recreate and restore!”

Image on top: Sanjeeva (fourth from left) with this team at the hotel Cinnamon Dhonveli Maldives